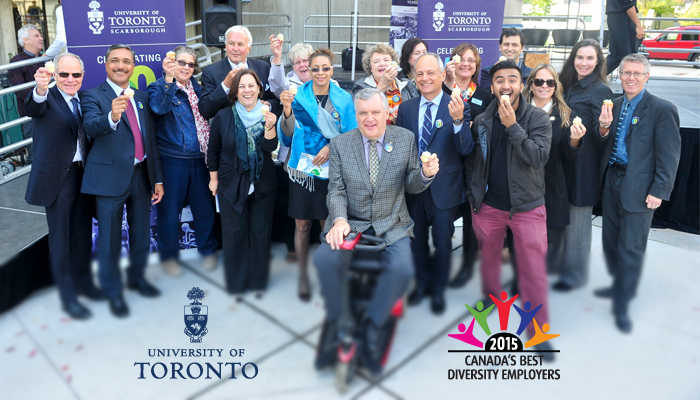 On October 6, 2014, the university community gathered to celebrate University of Toronto Scarborough’s official establishment by U of T’s Governing Council in 1964. Photo credit: Ken Jones

The University of Toronto has been named one of Canada’s Best Diversity Employers for 2015. This award recognizes those employers across Canada with exceptional diversity and inclusiveness programs.

This year marks the eighth consecutive year that the University of Toronto has been named one of Canada’s Best Diversity Employers.

Some of the reasons cited for U of T’s recognition as a top diversity employer include:

More information on equity and diversity resources offered at the University of Toronto can be found here.