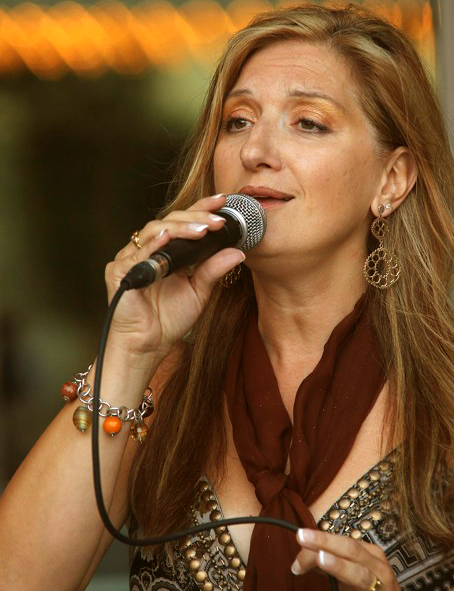 Teresa has been with the University of Toronto since 2009.

How did you become a vocalist?

Like many teenage girls, I loved to sing and the music was on everywhere I went. In grade seven I was cast in the leading role as Sandy at our school production of Grease, which opened my eyes and encouraged me to pursue singing.

That summer I started a garage band with a few friends taking any local gigs that we could get, mostly from family and mostly for free. Later that year, I received a referral that led me to an audition for a wedding band and from there I began to build my musical repertoire.

The variety of gigs we were hired for allowed me to explore different genres of music and to sing in different languages, which included French, Spanish and Italian.

Where do you perform?

In 2006, I fell in love with jazz music and was hired for a Yorkville gallery to perform at one of their artist-in-attendance exhibits. I currently perform with my trio at private and corporate events, as well as Toronto summer festivals. We will be performing in June at the Sugar Beach Toronto Wine & Spirits Festival and the Taste of Little Italy. In August we will be featured at the Richmond Hill Summer Jazz in the Plaza at the Richmond Hill Performing Arts Centre. Please stop and say hello if you ever see me around town!

What (or who) inspires you?

Some of my musical influences are Natalie Cole, Emily-Claire Barlow, Tony Bennett and of course ol’ blue eyes himself, Frank Sinatra.