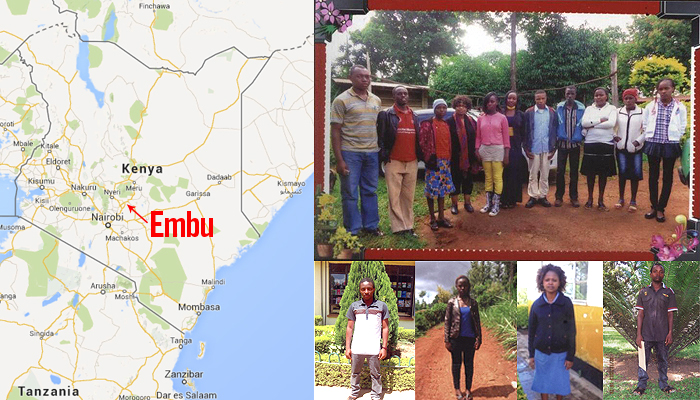 Author of the upcoming memoir, From My Mother’s Back

“The boy, not more than four years old, was dressed in the pants of an adult male. I immediately thought, ‘Were they the pants of his deceased father?’ A belt fashioned with rope, the waist band rolled up to prevent the long pant legs from getting under foot. The image of that little boy without clothes of his own burned into my soul.”

That is one of Professor Njoki Wane’s first recollections from a visit to an orphanage in her homeland of Kenya. It was December, 2005, and Njoki was in the village of Embu visiting with a group of friends and colleagues from the University of Toronto (U of T).

Most of the children’s parents had died of HIV / AIDS and their other relatives were unable to accommodate them. Grandmothers, who had taken in their grandchildren, were themselves struggling to support the children.

Njoki and her friends came away from the experience deeply moved. “The children shared harrowing stories — from the death of parents, to more day-to-day concerns such as the source of the next meal or basic clothing,” she said. “I heard about how several children took turns sharing a pair of shoes. They rotated depending on the day of the week.”

Mired in these daily issues of survival, pursuing an education was seen as a luxury that few could afford to dream about.

The group knew they needed to do something. “We knew that we could buy them food, that we could send them toiletries, but we agreed that this was a short-term solution,” shared Njoki. “We knew that to affect ongoing change, the children would need an education to help themselves, their grandmothers, and their community.”

In the almost eight years since that initial visit, over 45 orphans have been supported through the efforts of Njoki and her friends. Many of these children have since gone on to university or college and some now have full-time employment.

The children are never far from Njoki’s thoughts. Visitors to her office are greeted with a number of photos of the children spanning the years since they met and forged a lifelong relationship.

While a mother of five children of her own, Njoki thinks of the orphans as her children and they in turn affectionately call her “Mum.”

Each month she receives a call from her friend in Embu who updates her on the children’s latest news. And, once a year, Njoki travels back to Kenya to visit the children and their guardians.

While not an official charity, the group is committed to ensuring the final group of 16 children are supported with school supplies through public school and tuition fees for postsecondary education.

With permission of the children, Njoki provided some of their profiles

“Of all the projects that I am involved in, this is the most invisible, yet the most rewarding,” Njoki said.

“My dear father, someone else who knew about struggle, would often say to us when we faced a challenge, kidogo, kidogo which, loosely translated, means: ‘little by little, bit by bit.’

“I think of the challenges these children face and know that with every little thing we do — little by little — we will help them become strong independent citizens who can one day help others.”