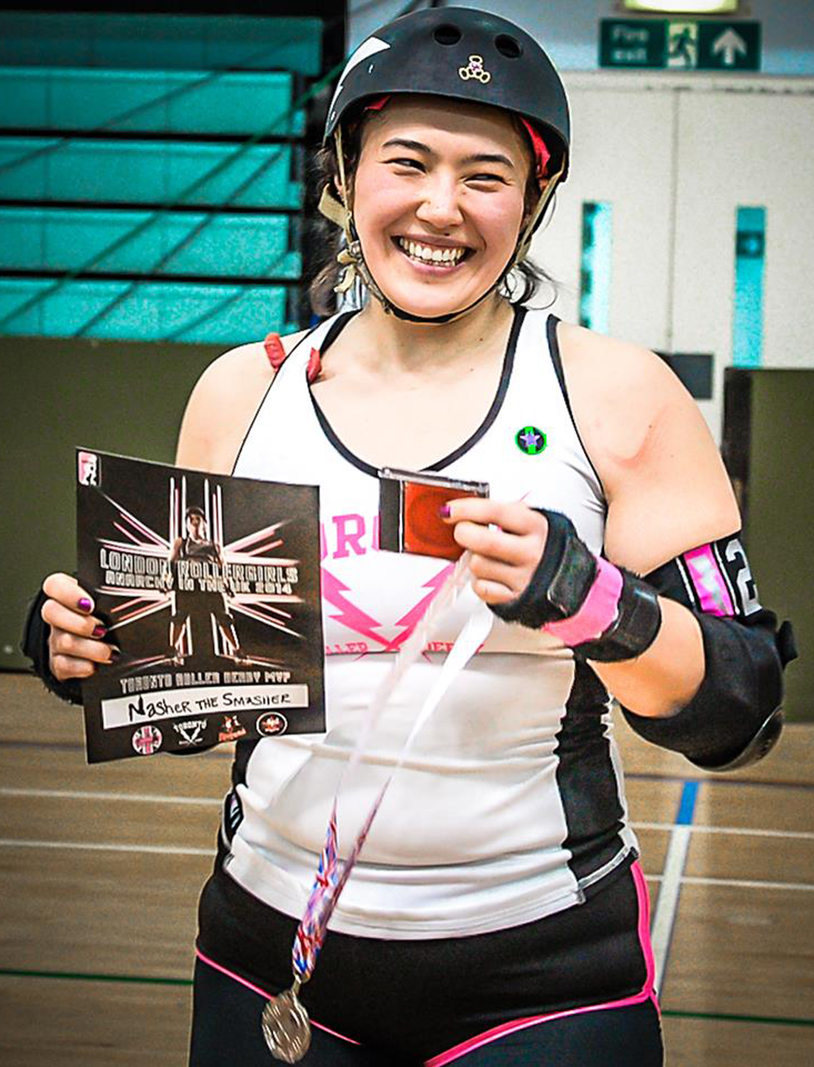 Natasha has been at the University of Toronto (U of T) for almost nine years.

How did you first become interested in roller derby?

A friend of mine introduced me to roller derby back in 2007 when she joined, and I knew right away it was a perfect fit for me!

As kids, my dad used to take me and my sister to the roller rinks in Mississauga — so the nostalgia of putting quad skates back on was exciting. I also played team sports all through school and really missed it. My athletic abilities were a good match for roller derby’s hard-hitting, full contact nature, and its feminist DIY spirit and inclusive community really appealed to me on a more personal level. The last seven years playing roller derby have been the most fun I’ve ever had.

What team do you play for and what is your position?

But now, I play for ToRD’s all-star team the CN Power. This year I am also playing for Team Canada — the national team competing at this year’s World Cup tournament in Dallas, Texas.

I usually play at the blocker or pivot positions. Essentially, players in these roles are responsible for keeping the jammer from the opposing team from passing the pack and controlling the pack.

What is your roller derby name and number?

My derby name is Nasher the Smasher and my number is 2X4. 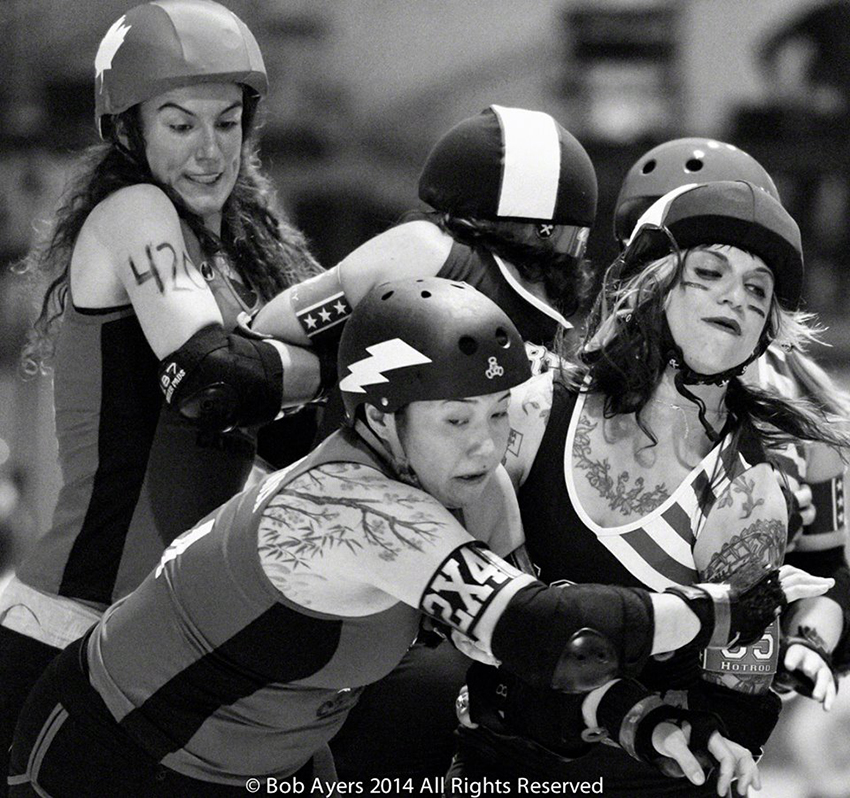 This year has been especially exciting for me because I’ve travelled more than ever before to compete. With both teams, Toronto CN Power and Team Canada, I’ve travelled to France, England, and all across the United States and Eastern Canada.

In the last few months I’ve been to Montreal, Philadelphia, Pittsburgh, Baltimore and Nashville, and next month we are heading to Indiana for play-offs.  In December, Team Canada will be heading to Dallas for the World Cup, where 30 teams from around the world will be competing. I never thought roller derby would take me so far around the world, and I feel incredibly lucky to have had these opportunities.

Roller Derby is a real sport!

Many people still associate roller derby with the theatrical versions of the 1970s and 1980s. The current revival of flat-track roller derby is a legitimate, full-contact sport and everything happening on the track is real.  Skaters at all levels of the sport train every day, on and off skates, to reach the highest level of competition.

Roller derby is also one of the fastest growing sports in the world right now.  In addition to women’s leagues, there are junior leagues, and men’s and co-ed leagues popping up all over the world.

According to Roller Derby Worldwide — an international roller derby roster — there are currently 1,515 amateur roller derby leagues around the world.  In Ontario alone, the number of leagues has grown from two to nearly 60 since 2006 (including six in Toronto). 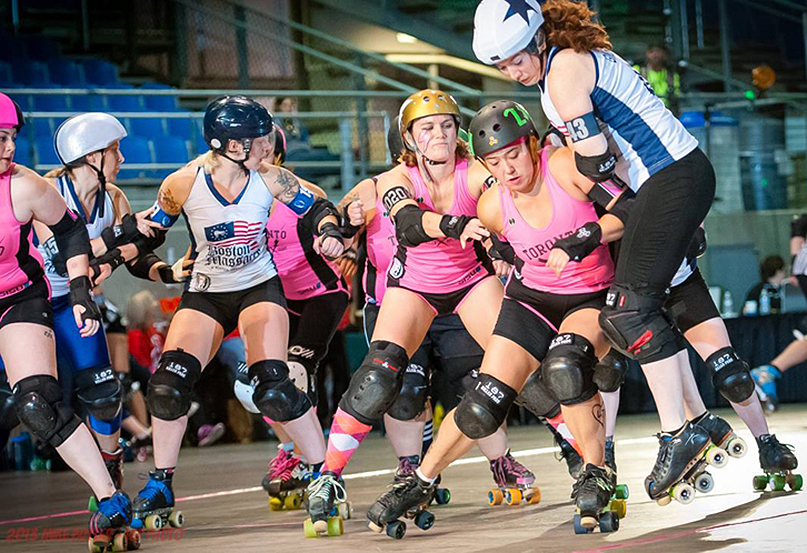 All the hard-working amateur athletes competing at the top of their sport inspire me, especially the female athletes.  Training and competing to be the best in a sport you love requires a tremendous amount of passion and discipline, especially when trying to balance it with ‘real life’ responsibilities.

My league mates are especially inspiring in their tireless commitment to both training and operating our league as a successful business.  Like most roller derby leagues, we are self-funded and run completely by skaters and volunteers.  For many of us, roller derby takes up most week nights and weekends with practice, competing or doing committee work to make the league successful.