Jan has been at the University of Toronto (U of T) for a year and four months.

Jan has worked as a student services assistant and faculty office assistant. “Mostly my job is front-line student services, which requires a lot of creative problem solving, excellent communications skills and a working knowledge of all things related to academics and student life.” 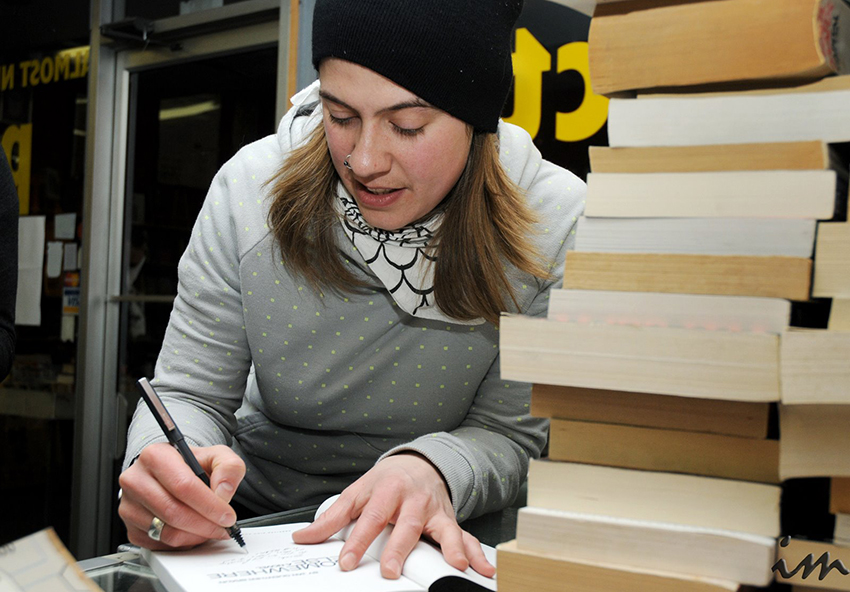 I’m a writer and a marriage officiant.

In 2008, I published a novel called, Somewhere Else. It’s a fictional story about someone similar to myself — queer and Mennonite and from Saskatchewan. It’s definitely fictional, but the emotion of the experience is very real.

I’ve also published poetry and personal essays, and on June 25, my very first peer-reviewed journal article came out in the Journal of Mennonite Studies called, “Whose Law?:  Queer Mennonites and Same-Sex Marriage.” Part of what makes working at the University of Toronto so wonderful is having access to the library system, which was essential to my ability to research and write this article.

How did you first become interested in officiating weddings?

I have a Bachelor of Theology from Canadian Mennonite University in Winnipeg. After earning my BTh, it was my intention to go to seminary to become a minister, but Mennonite Church Canada doesn’t allow LGBQTT-identified people to become ordained ministers.

The path that my life was going to take changed, and as I began the process of letting go of the idea of being a minister I started writing my first novel. I’ve been writing since I was 12, and it’s always been a place that I’ve gone in order to work things out.

When same-sex marriage was legalized in Manitoba, I decided to apply to be a civil marriage commissioner because I was interested in being part of a ritual that has excluded my community (at least legally, and in many cases, religiously) and now I am ordained in Ontario.

I also thought that it might be nice for LGBQTT folks to have the option of calling someone from their community for their wedding ceremony who may better understand where they’re coming from and the challenges that they have faced. It also feels great to use the skills and experience I acquired through preparing to be a minister to be of service to my community, and as a writer, I also get a chance to work that muscle as well. 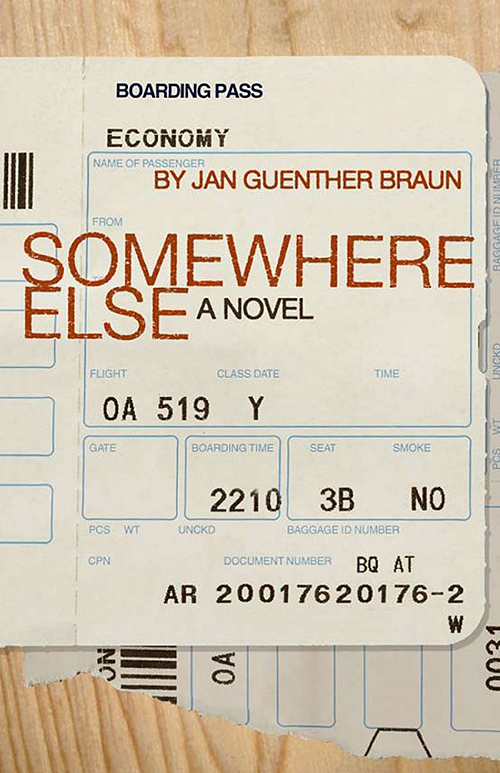 Your experience being both queer and Mennonite has inspired your work as writer. What reaction have you received to your novel and recent journal article from these communities?

When I presented my paper at the conference, there was some positive feedback from attendees, but not much engagement with the subject. I’ve found that in terms of the people that I connect with on social media, there is a lot of excitement to read and engage, but those are primarily people outside of the Mennonite community. I guess we’ll see what happens once the journal starts settling into library shelves; it’s hard to know how something will land.

In terms of my novel, about 99 per cent of the responses that I’ve received from people were positive. I remember getting an email from a young person somewhere in the US — a place that I had never been to before, nor had any connection to — who wrote to say that it was the first time she had seen her experience reflected to her in a novel. That was pretty satisfying.

I’ve also had people write to me, wishing me the “very many blessings” while ‘reminding’ me that I’m going to hell for my ‘sin’.

Somewhere Else is very specific and grounded in a particular place and people — rural Saskatchewan Mennonites — but I’ve found the conversations that I’ve had with people who are located in very different contexts than mine to be really interesting and surprising in how much the story resonates with [them]. I think that it’s been a good reminder that staying rooted in your own specific storytelling narrative can, at the best of times, create space for other specific narratives.

Luckily for me, there is a wealth of amazing Canadian Mennonite writers — Miriam Toews, Sarah Klassen, Patrick Friesen, and Di Brandt to name a few.

As a teenager, I was very influenced by J.D. Salinger, and when I first started reading his books it was the dialogue that thrilled me the most. I remember thinking, “I had no idea that you were allowed to write like this.”

When I was very young, and first coming out, one of my sisters gave me a copy of Oranges are Not the Only Fruit by Jeannette Winterson and it changed my life. That was one of my first experiences of reading something that I felt was telling my story.

While writing my novel, I was enthralled with the new iteration of Battlestar Gallactica and biographies of any kind. I think that I’m influenced and inspired by taking in moments where people are doing their thing, no matter what that thing is, and where you can see the inner workings of a person.

I also found myself watching a lot of baseball and curling, which may sound odd, but it fits into the category of watching people doing their thing. I find that sports are actually a huge part of my process as a writer. First of all, going to the gym is a part of my writing routine; I find that I get things worked out through movement and activity — it’s also really meditative and takes me out of my head.

Participating in sports as a kid was a place where I could see myself, feel confident, and experience a lot of joy. Sports like curling and baseball require a lot of mental stamina and acumen, which I appreciate so much. Also, they’re pretty slow, and so you’re not likely to miss much while you’re writing.

Do you have a future project in mind?

Lately, I’ve been getting back to my writing foundation, which is writing poetry. These are poems that I put on my blog and let people know are there via social media. There’s a lot of satisfaction in being published, but lately I’ve found more satisfaction in the encounters I have with readers via social media when they read my poems. Writing is such a solitary activity that getting the energy back almost immediately is helping me write more. I think that I might be writing another novel, but it’s too early to really know what I have.