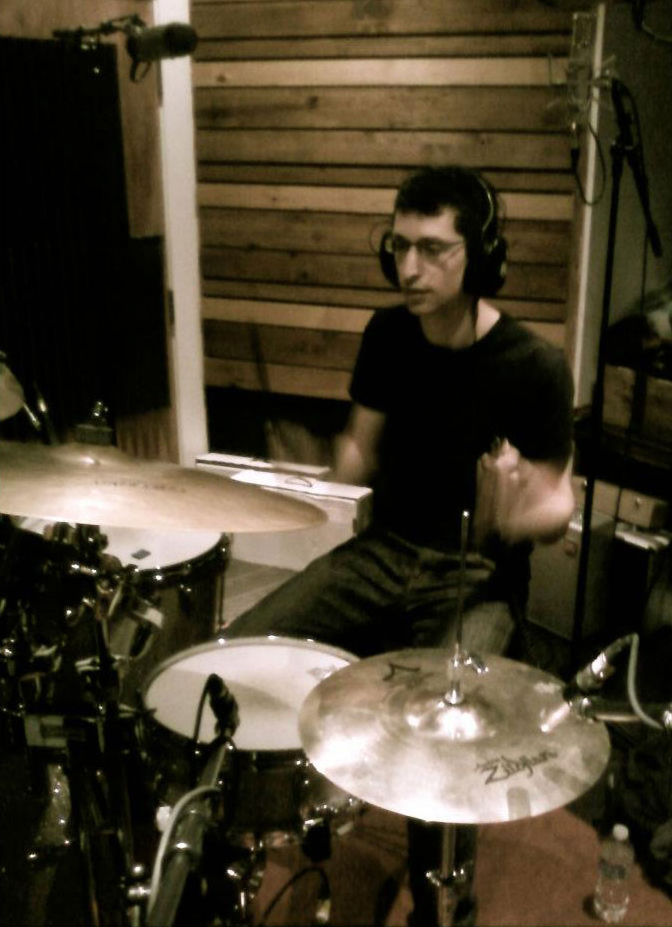 Alexander has been with the University of Toronto (U of T) for four years as a student and two as an employee.

I drum in a couple of bands. One is a folk group and the other is more of a rock ‘n’ roll endeavour.

How did you first become interested in playing the drums and performing?

I started drumming when I was nine years old. I’d had a guitar lesson when I was six, but the teacher was such a prat that I never went back.

I’d been there for five minutes and he tried to teach me a song. I barely knew how to hold the thing let alone learn “Twinkle Twinkle Little Star.” Anyway, I moved onto drums a couple of years later and, after they saw I was serious in my pursuit, my parents very generously turned what had been a living room into more of a music room.

It was always an ambition to be a musician, and really it still is. I’m going to be a soccer and baseball player too, by the way.

However, when I was a kid, musicians still made reasonable money. These days it is so financially infeasible to only play music (I read that the average professional musician in the States earns around $32K — without benefits of course) unless you are very lucky, that my bands have become a welcome other life. If they go somewhere — wonderful. If they don’t, I’ll have had a lot of fun along the way.

What bands are you currently a part of, and where can we see you perform?

The two bands I play in are called Sunsplitter and Redsteps.

Sunsplitter is the folk band. We’re on a bit of a hiatus at the moment while we look for a new singer, but we released an album last year and played at the Shelter Valley Folk Festival in Grafton last summer, which was a lot of fun and possibly the friendliest place I’ve ever been with perhaps the exception of Copenhagen. The Danes seem incredibly pleasant.

Redsteps started out similarly as a folk project but has veered more towards rock ‘n’ roll recently. We try to combine elements of both. We play a fair amount of shows in Toronto at places like Clinton’s, Not My Dog, Supermarket, even the fabled lunch spot Free Times Café once. We have a few dates upcoming, which are posted on our band’s website.

Given it isn’t politically correct to say Lance Armstrong any more, I’ll have to go to backup choices. The Band, Neil Young, Murder by Death (not what they sound like), the Hold Steady. These are the kinds artists my bandmates and I take influence from.